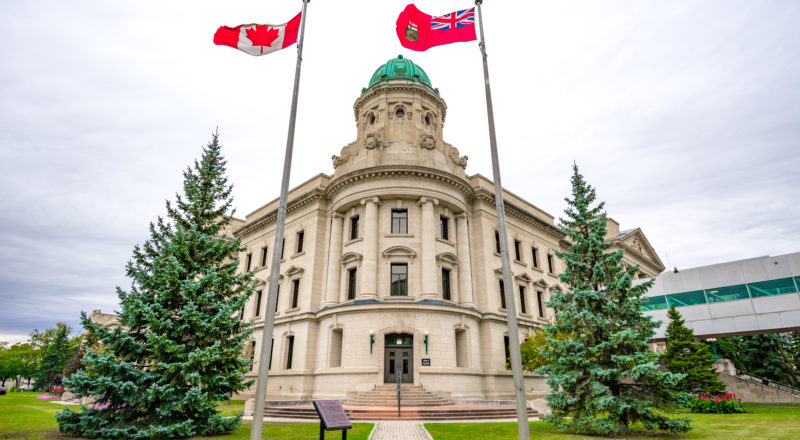 The Old Law Courts Building is a celebration of justice set in Manitoba Tyndall stone, an important landmark that reminds us of our history while making way for progress. Located at 391 Broadway, one cannot help but notice its grand cupola looking out towards the Golden Boy, which is situated on its own cupola above the Manitoba Legislative Building, about 300 meters away. The two buildings have a history that is very much entwined; it is the story of a prosperous young city finding its way, of power and greed, and of the timeless of triumph of perseverance. 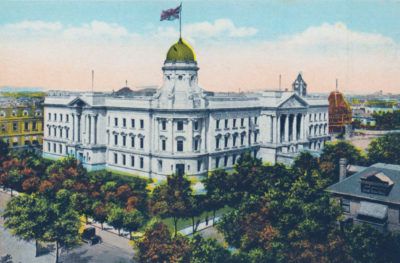 The Old Law Courts Building, some time before 1965.
Source: PastForward.

The Old Law Courts Building is part of the Law Courts Complex which consists of two other buildings: the New Law Courts Building and the Old Winnipeg Land Titles Building. The “U” shape structure of the Old Law Courts Building contains three-storeys, the design of which was inspired by the Beaux-Arts style, a highly ornate interpretation of Classical Revival. The primary building material was Manitoba’s own Tyndall stone, complemented by marble from Quebec and brick. Its facade contains columns and cornices with the highlight being the corner cupola, capped with a copper dome. Inside are many courtrooms of different sizes, furnished with marble walls and floors. It is home to the Court of Queen’s Bench, the highest trial court in Manitoba, that encompasses criminal, civil and most family cases. 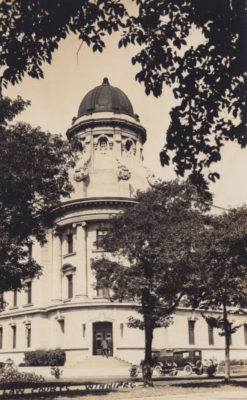 The Cupola with the copper dome that can be seen at the top of the southeast entrance, right on the corner of Broadway and Kennedy Street, seen here in the early 20th century.
Source: PastForward.

Constructing the Old Law Court Building was not without some difficulty, which eventually led to the architects being replaced, one after another. The building’s original architect was Samuel Hooper, who was born in England on October 1, 1851. During his lifetime, Hooper studied architecture and trained in stone carving. He had experience working both in England and throughout Canada. Hooper’s architectural designs in Winnipeg included St. Mary’s Academy at 550 Wellington Crescent and many buildings at the University of Manitoba including the Agricultural College Building, Engineering I Building, Tache Hall, and the Horticulture and Biology Building. He is a significant figure in Manitoba’s architecture history as he was appointed as the Provincial Architect of Manitoba in 1904. 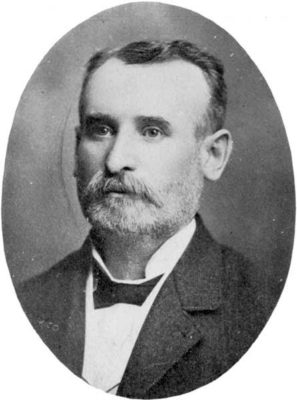 In 1911, while working on the Old Law Court Building, Hooper passed away in London, England. At only 60 years old, he died just a year before the start of construction of the Old Law Courts Building. Shortly then after, Victor William Horwood replaced Hooper as the Provincial Architect. Horwood was born on February 27, 1878 in Frome, Somersetshire, England. Horwood immigrated to Canada when he was 16, studying architecture in Ottawa and then making his way to Manitoba in 1904 for work, eventually becoming the second Provincial Architect. Some of Horwood’s architectural works include St. Boniface City Hall at 219 Provencher Boulevard, St. Boniface Fire Hall No. 1 at 212 Dumoulin Street, and many buildings at the University of Manitoba which he took over after Hooper’s untimely death. 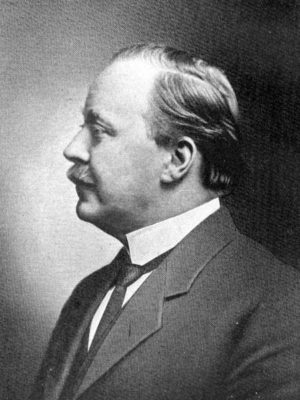 Portrait of Victor William Horwood who became the Provincial Architect after Hooper’s death and was the man who oversaw the Old Law Courts Building project the longest.
Source: Story of Manitoba, 1913.

While managing the Old Law Courts Building project, Horwood also was involved with the construction of the Manitoba Legislative Building, which started in 1913. During this time rumours began to circulate about corruption and mismanagement of the Legislative Building project funds. Initial suspicions emerged when the main contractor, Thomas Kelly, was revealed to have unfairly submitted the lowest bid for the project, after the deadline for submissions had passed and he had reviewed the other bids submitted. Further findings suggested that Kelly overcharged the government for standard materials and then had the audacity to substitute them for cheaper ones. The investigation eventually found that the provincial government overpaid Kelly approximately $892,098, which would be about $20 million in 2020! 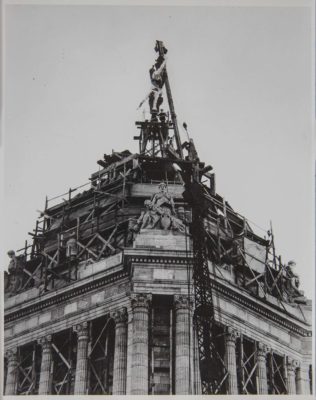 Hoisting Golden Boy onto the cupola of the Manitoba Legislative Building on November 21, 1919.
Source: Archives of Manitoba.

Horwood became a central figure in the scandal, being both aware of and complicit in the unscrupulous practices. Yet Horwood saw himself as the scapegoat in the scandal, being set up to take the fall by his superiors. After first leaving the country for a medical issue, which many thought was suspicious timing, he later testified as a key witness. The Royal Commission chose to believe Horwood was not the mastermind behind the criminal behaviour and pronounced his innocence. 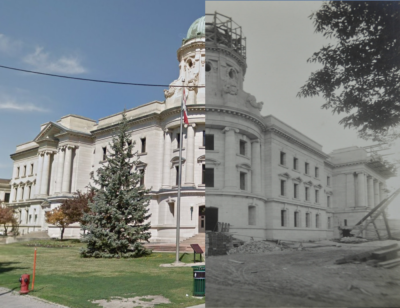 Contrasting photographs of the current Old Law Courts Building on the left to that when it was being built in 1912-1916.
Source: Left – Google Maps, right – Manitoba Archives. 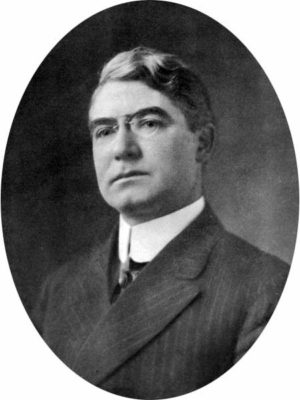 Despite the ever changing architects of the Old Law Courts Building, the design did not suffer. Both the facade and the interior are equally marvelous. All three floors contain courtrooms, with the Court of Appeal judges’ chambers on the first floor and the Court of Queen’s Bench judges’ chambers on the second floor. The second floor also contains Courtroom 210, also known as the Great Courtroom, which is considered as one of the largest marble courtrooms in North America. The third floor contains the Great Library, also known as the Manitoba Law Library, which is a resource for legal professions, operated by the Law Society of Manitoba. 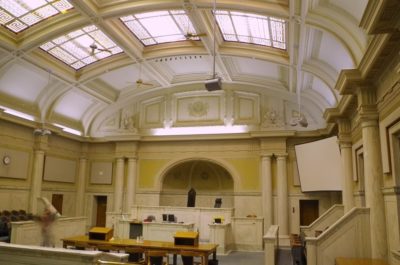 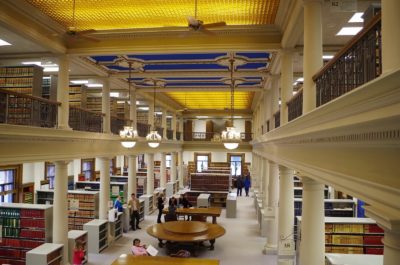 The Great Library is located on the third floor of the Old Law Courts building, providing resources for lawyers and legal professionals.
Source: American Courthouses.

Though some aspects have remained unchanged, there were some modifications made to the building over time, especially during the 1970s. To connect the Old Law Courts Building to the larger Law Courts Complex and other buildings in the vicinity, skywalks were built. The skywalk that runs across Kennedy Street was installed in 1974 to connect the Law Courts Building to the Wordsworth Building, a space for provincial government offices. This plan was initially met with some disagreements from the public, as it was argued that a skywalk would ruin the beauty of the Old Law Courts Building. The public’s solution was an underground tunnel instead, which would have approximately $100,000 – but this proposal ultimately was rejected. Further skywalks connecting the Old Law Court building to the Winnipeg Land Titles Building and the New Law Courts Building were constructed in 1983 to 1987. Although skywalks are convenient and particularly welcome during cold winter weather, it is now recognized that along with destroying the facades of  buildings they draw people away from the streets, deadening what potentially could be lively, desirable and commercially viable pedestrian corridors. 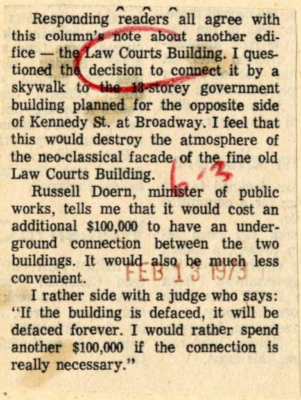 Newspaper clipping from the Winnipeg Tribune dated February 13, 1973, indicating a strong opposition to the skywalk addition, as people were concerned about the Law Courts Building losing its aesthetics.
Source: University of Manitoba Archives. 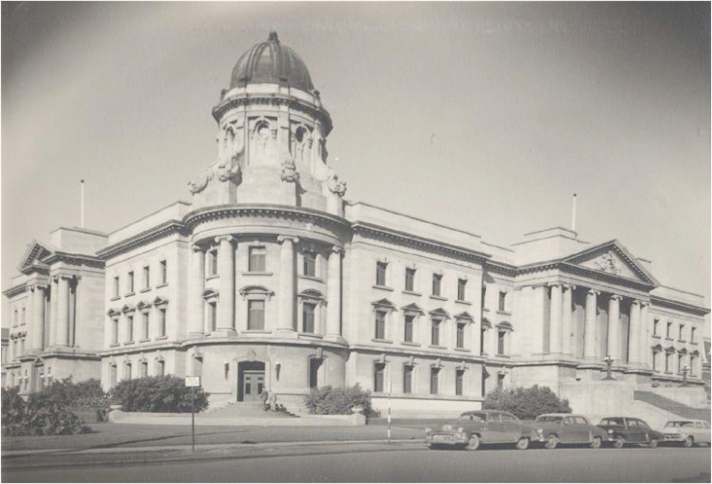 The Old Law Courts Building prior to any skywalk additions.
Source: University of Manitoba Archives 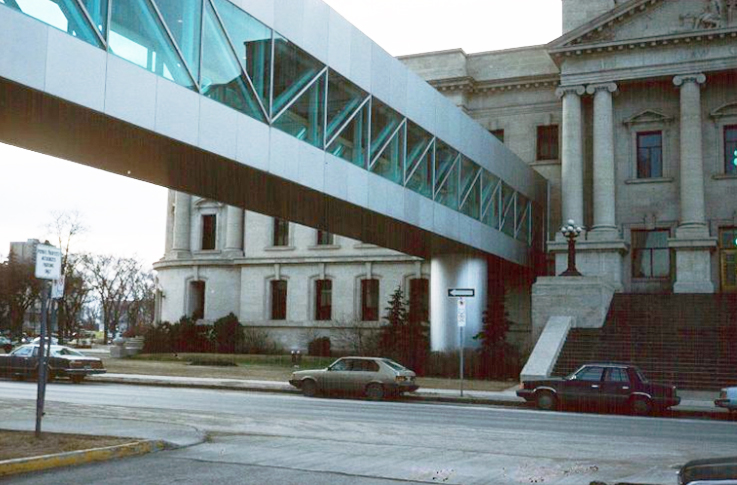 The skywalk that connects the Old Law Courts Building to the Wordsworth Building across Kennedy Street.
Source: Manitoba Archives.

Even after the skywalk additions, the Old Law Courts Building remains a stately reminder of Manitoba’s prosperous past, when a strong judicial system was considered key in nurturing a progressive society. It was designated as a National Historic Site of Canada on June 16, 1980, recognizing it as a “place of profound importance to Canada” (Parks Canada) and is a frequent participant in Doors Open Winnipeg. In 2016, it received a Heritage Conservation Award at the Heritage Winnipeg Annual Preservation Awards, recognizing the special efforts made to conserve the building and provide for its long-term sustainability. Recently in 2019, the Supreme Court of Canada took over Courtroom 330, and heard two cases: R. v. K.G.K., an appeal by a defendant convicted of sexual interference and Conseil scolaire francophone de la Colombie-Britannique v. British Columbia, which involves French speakers in B.C. concerning language education rights. This is the first time that the Supreme Court of Canada has stepped outside of Ottawa and heard the cases elsewhere. This building not only symbolically represents Manitoba’s law and order but also is at the forefront, paving the way for the highest level of court in Canada to be more accessible to all Canadians. 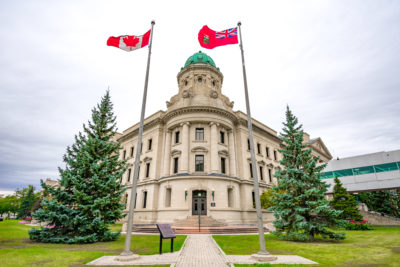 Written by Kimberly Cielos on behalf of Heritage Winnipeg.
Edited by Cheryl Mann.

History of the Law Courts Complex

Myth of the pilfered pillars - CBC 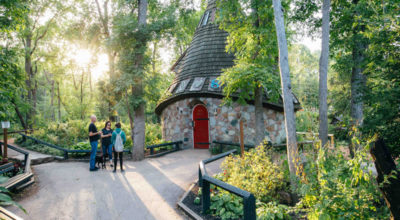 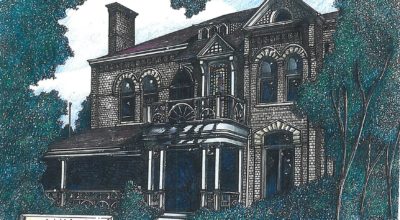 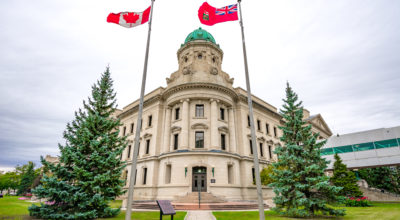 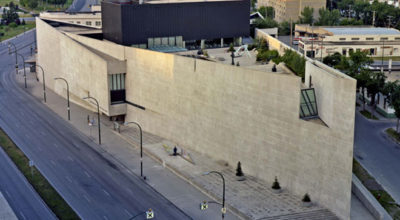 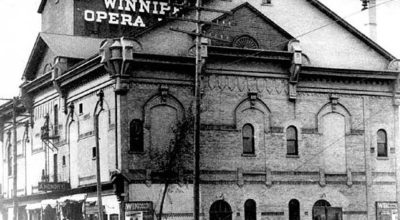 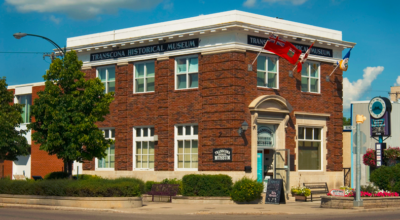