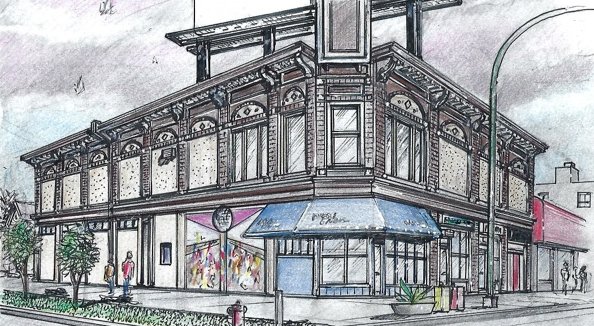 The Kirkwood Block Lives On

Sadly, on February 2nd, 2022, one of Winnipeg’s Portage Avenue historic buildings caught on fire. Emergency crews were sent out around 9:30 am to stop the Kirkwood Block from burning down. Thankfully no injuries have been reported and the cause of the fire is unknown. Unfortunately due to the extent of damage from the fire, the historic commercial building is expected to be a total loss.

Built in 1912, the Kirkwood Block was designed by local architect John D. Atchison. The original owners of the building were listed as the North Western Investment Company, however in 1923 pharmacist William Kirkwood and Amy Kirkwood took ownership. The two-storey building contained four retail shops, including the Kirkwood Drug Store. After William Kirkwood retired in 1946, the Kirkwood’s remained the owners of the property until the mid 1960s when Club Morocco became the new tenant. Owned by entrepreneur Harry Smith, Club Morocco first opened in February of 1956, and became a very popular spot in the 1980s. After 33 years in business, it was renamed under new ownership in 1989.

You can keep the memory of the Kirkwood Block alive with a beautiful print of the building by local artist Robert Sweeney. An award winning international building and industrial designer, Sweeney’s image captures the architectural details of the historic building and recalls when it was a vibrant part of the community. 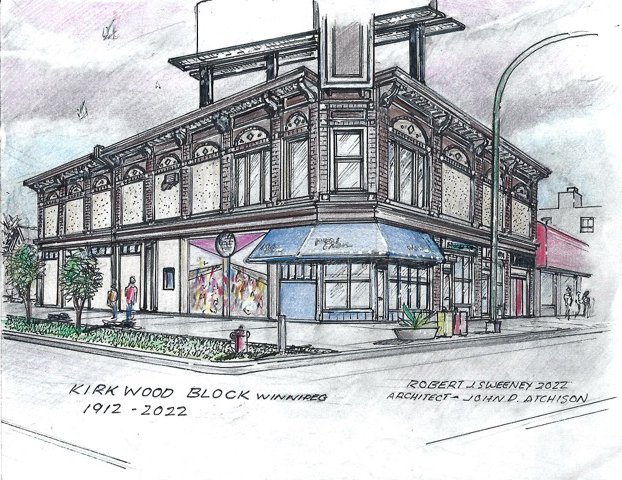 Looking for a print of your favourite Winnipeg heritage building? Check out the large selection of prints by Robert Sweeney in the Heritage Winnipeg store! 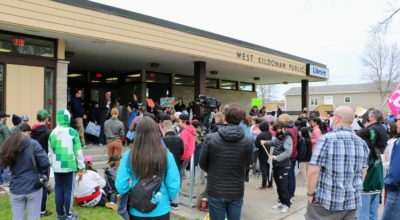 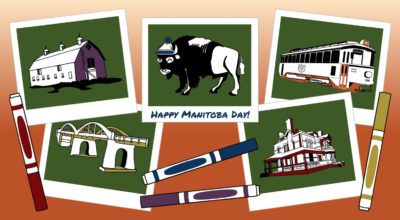 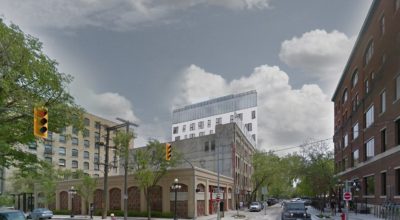 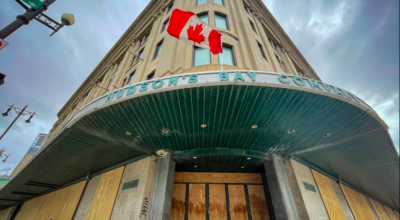 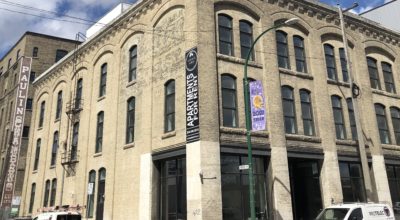