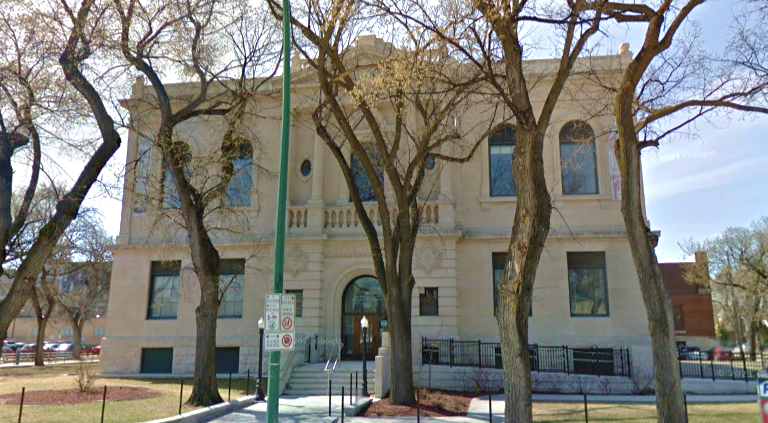 City of Winnipeg Archives One Step Closer to Returning Home

Located at 380 William Avenue, the Carnegie Library building has been a source of contention between the City of Winnipeg and the historical/archival community for quite some time. Originally opening as Winnipeg’s first public library in 1905, the building has become an important historic site for Winnipeg. It housed a smaller branch of the Centennial Library (now the Millennium Library) as well as storage for some of the City’s archives starting in 1977, until it was completely taken over by the City of Winnipeg Archives in 1995. Following this change, the building became home to council minutes, tax rolls, building plans and permits, as well as a wealth of other historical materials going back to 1873. The value of the City’s archival collection was appraised at approximately $4.1 million.

In 2013, the City of Winnipeg started significant renovations to the Carnegie Library building, including updating its functionality as an archive to create a state-of-the-art facility. However, during the renovations, a major rainstorm damaged the building, causing the work to come to a halt and the Archives to be moved to a temporary location at 50 Myrtle Street. This move was never meant to be permanent, as the warehouse on Myrtle Street was not adequately equipped to store fragile material nor was it in an ideal location.

Now, eight years later, the City of Winnipeg Archives continue to sit in this temporary facility without proper temperature or humidity control. Hidden in the Pacific Industrial Park, the uninviting temporary building has also contributed to a steady decline of visitors. Understandably, historians and archivists have become frustrated with the carelessness and disregard shown towards Winnipeg’s most valuable collection of our history.

A recently released report commissioned by the City of Winnipeg calls for the relocation of the Archives. The report not only states the concerns surrounding the current storage and maintenance of the Archives, but also puts forth four relocation plans. The relocation plans include two options for constructing a new purpose built building, as well as an option to split the collection between a leased downtown “storefront” while most material remains in storage elsewhere. The fourth option, which was recommended by the consultants and the Public Service, calls for the refurbishment of the municipally owned and historically designated Carnegie Library building at 380 William Avenue, offering the City of Winnipeg the most economical, environmentally sustainable and feasible option.

In a Winnipeg Free Press article released on Saturday, November 6, 2021, Heritage Winnipeg’s Executive Director Cindy Tugwell reiterates that the Carnegie Library building itself is part of Winnipeg’s history, therefore it makes perfect sense that the City’s most valuable historical records are kept there. Additionally, other news outlets are reporting the same conclusion, emphasizing the strong recommendation to relocate the archives back to 380 William Avenue building. On Wednesday, November 10th, the City of Winnipeg Standing Policy Committee on Property and Development, Heritage and Downtown Development met to discuss the recommendations from the City of Winnipeg Archives Program Facility Requirements report. Tugwell spoke in support of the report’s recommendation at delegation. Concluding the meeting, the committee unanimously voted to support the $12.7 million plan to move back the City of Winnipeg Archives to the former Carnegie Library building at 380 William Avenue as part of the 2023 budget.

The warehouse at 50 Myrtle Street in June 2019, where the City of Winnipeg Archives are currently being stored.
Source: Google Maps 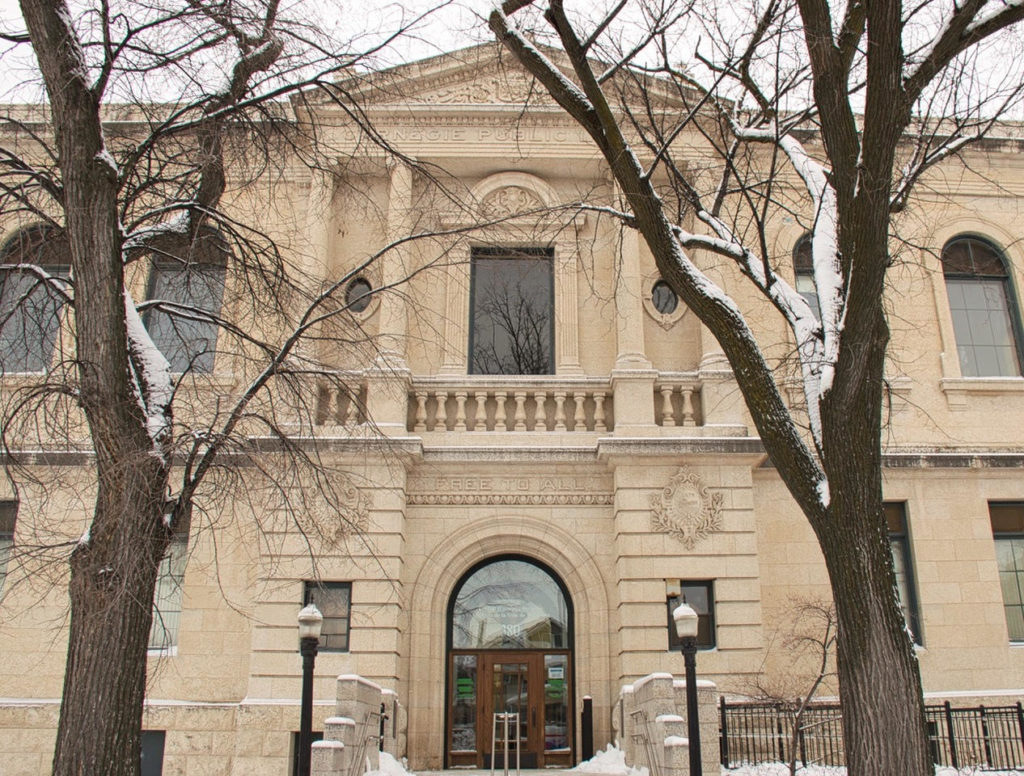 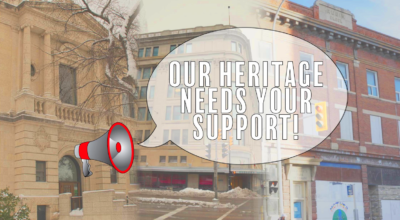 Heritage Winnipeg and our city’s built heritage need your support! Please consider donating during our December Donation Drive to help our important work in promoting, educating and defending our city’s rich collection of historic resources. Advocacy is critical to the protection, financial viability and sustainability of our built heritage, now and for future generations. Current… 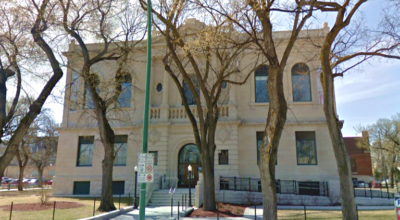 City of Winnipeg Archives One Step Closer to Returning Home

Located at 380 William Avenue, the Carnegie Library building has been a source of contention between the City of Winnipeg and the historical/archival community for quite some time. Originally opening as Winnipeg’s first public library in 1905, the building has become an important historic site for Winnipeg. It housed a smaller branch of the Centennial… 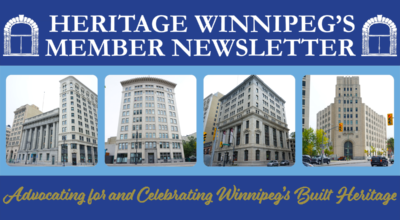 Heritage Winnipeg is pleased to publish our first digital monthly newsletter! Exclusively for members, our newsletter is intended to keep them better informed on current issues. Through challenging times our organization continues to work tirelessly to protect, preserve and celebrate our built and cultural heritage. Conservation contributes to affordable spaces, economic viability, social connectivity and… 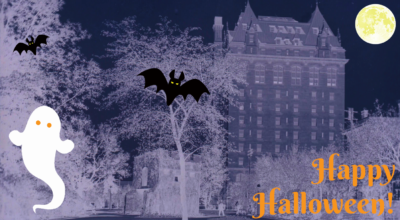 Broadway Ghost Walk: Enter for Your Chance to Win!

Congratulations to our winner for four tickets to the spooky Broadway Ghost Walk walking tour on Friday, October 29th, 2021 with the award winning SquarePeg Tours! Get in the Halloween spirit as you travel along Broadway hearing stories of haunted places and why ghosts may be lingering there. The tour starts on the steps of… 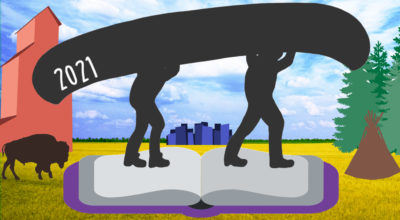 Did you miss the 2021 Manitoba Heritage Summit on Thursday, October 14th? A recording of the entire Summit is now available online for you to watch! The Summit discussed the state of heritage in Manitoba, present opportunities and challenges in the heritage sector, and how heritage-related organizations are preparing to address them. There are five fantastic… 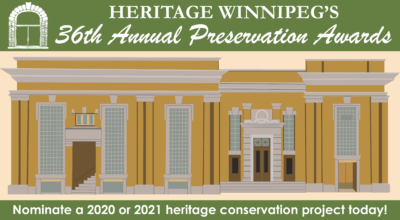 Do you know a person, organization or project that went above and beyond to conserve Winnipeg’s built heritage in 2020 or 2021? Nominate them for Heritage Winnipeg’s 36th Annual Preservation Awards! Awards are handed out in three categories: Heritage Conservation, Distinguished Service and Youth. They recognize building owners, professionals, organizations and individuals that strive to…