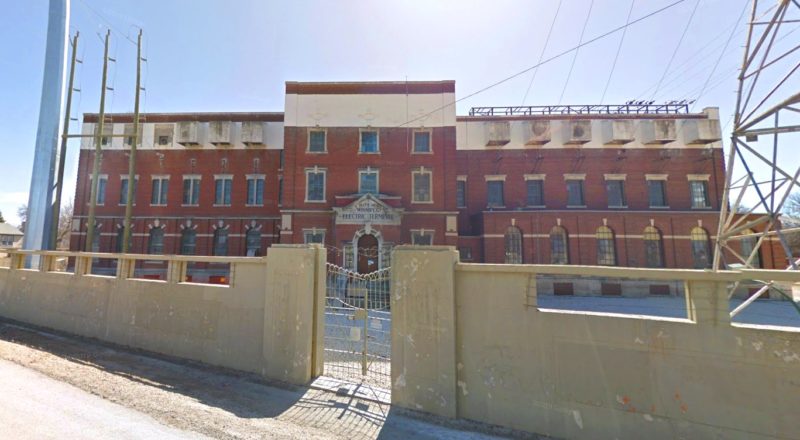 Over a century ago in 1911 when the population of Winnipeg was only 136,035, the electrical station on Rover Avenue was built. Standing tall at 199 Annabella Street (formerly Rachel Street), it is a dapper three storey red brick structure. Designed in the Edwardian style, the building faces Rover Avenue, with its original address being 30 Rover Avenue. From just looking at the outside one would never guess it was a power station, with architecture that looks more like a regal country home. But Winnipeg has a long history of electrical stations with outstanding architectural merit, faithfully illuminating our city for generations! 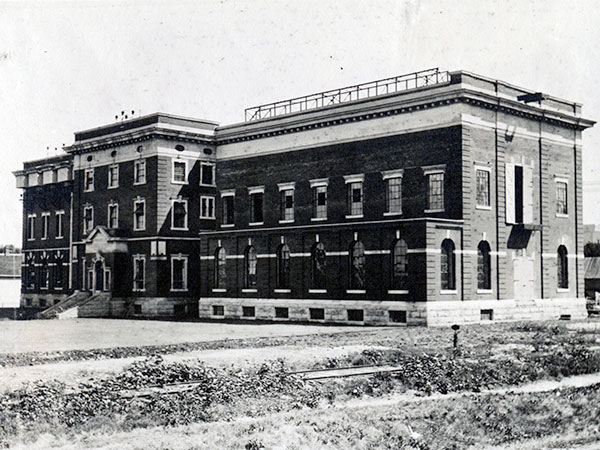 Rover Station was built as part of the Winnipeg Hydro-Electric System in 1911 for an ever-expanding Winnipeg. Located in Point Douglas, a peninsula of land formed by a bend in the Red River, it became part of an area with a long, interesting history. Once home to Indigenous people, starting in 1812 it was farmed by the Selkirk Settlers and later that century was home to wealthy Winnipeggers. The area was considered its own community, beyond the borders of the City of Winnipeg when it was established in 1873, although it was annexed two years later. The 1881 arrival of the transcontinental railway split the peninsula down the middle and marked the start of a transition from residential to industrial. Rover Station was part of this industrial development, although the grand Edwardian building is not what we think of as industrial today! It was a common style of architecture for public buildings at the time, often used for police stations, libraries and train stations. Being that the Edwardian’s ushered in a new era of brightness, with larger windows and new electrical lighting, it seems a fitting choice of style for an electrical station. 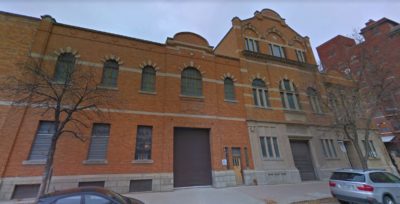 The 1911 Winnipeg Hydro Sub Station No. 1 at 54 King Street, seen here in 2018, is another example of Edwardian architecture used for an electrical building in Winnipeg.
Source: Google Maps

The purpose of Rover Station was to ramp down the voltage brought in from the transmission lines from the Pointe du Bois Generating Station. After the voltage was lowered, the electricity was passed on to a substation that distributed it to local lines throughout the city. In 1911, there were three substations in Winnipeg, Sub Station No. 1 on King Street, Sub Station No. 2 on McPhillips Street, and Sub Station No. 3 on May Street (now Waterfront Drive). It also supplied power to towns like Transcona, that were independent until the amalgamation of Winnipeg in 1972. 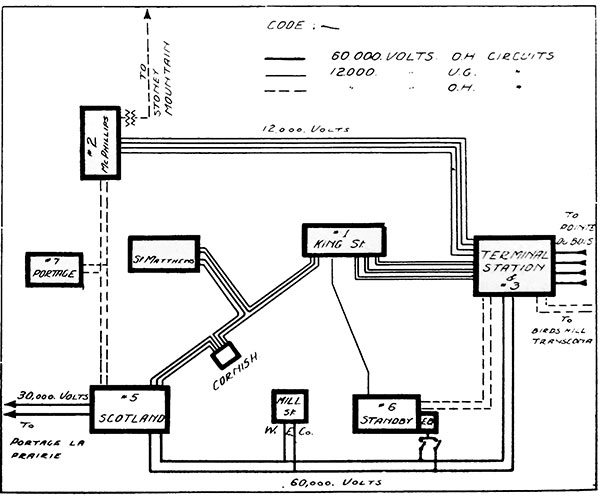 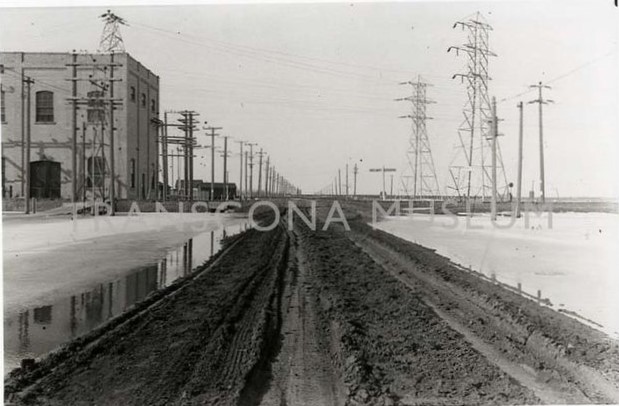 Rover Station underwent at least two expansions in its early days. A $35,000 expansion started in late 1914 and finishing sometime around late 1915, early 1916. It was expanded due to the need for more electricity as more and more buildings were using electric power within Winnipeg. Not even 10 years later, there was another significant expansion. The power company bought an unknown about of adjacent land costing $40 per square foot. Most of this land was on Annabella Street and it appears that this is when the address switched from 30 Rover Avenue to its current address at 199 Annabella Street. The final expansion of the building seems to have happened in 1928 when there was a 33 x 25-foot expansion that cost $5,550. 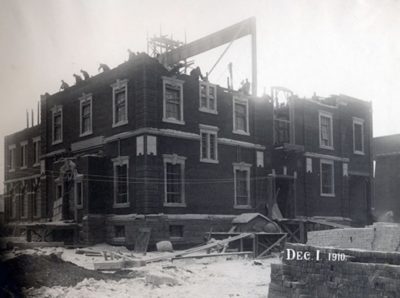 Rover Station while under construction in December 1910.
Source: Manitoba Hydro

Rover Station has a few dark moments in its history, as working with electricity was a dangerous occupation. At least three people lost their lives while working there. All the deaths were followed by official inquires. Archibald Boyd was electrocuted and died instantly while working outside with power wires that transferred voltage between the Rover Station and substations on March 14, 1912. Based on witness accounts, he was wearing wool gloves and not the rubber gloves that would have protected him from the voltage. Edward Gibb was electrocuted by a live telephone wire on August 12, 1913, and pronounced dead at the scene. Gibb’s story is a tragic tale, he was married the Friday prior and just returned from their three-day honeymoon. His wife came from Scotland only days before their marriage. Fred Cook was electrocuted by 60,000 volts on December 6, 1921, when a copper wire came in contact with a power line from Point-du-Bois. He initially survived and was treated in Winnipeg General Hospital but he succumbed to his injuries and passed away on December 15, 1921.

The 1950 Red River flood was one of the worst in Winnipeg’s history. Rover Station required a six-foot-high sandbag dike to be built around to prevent water from flooding it. Due to the large amount of electricity running through the station, it would have been disastrous if floodwaters breached the dike. Power was reduced within Rover Station to limit the amount of voltage and risk. The dike was successful and saved the station, plus Winnipeg’s power. Later in the 1960s, a 36-foot concrete wall was built around it to help prevent any future damage from floods. This is the same time period that the Red River Floodway was being developed and built. 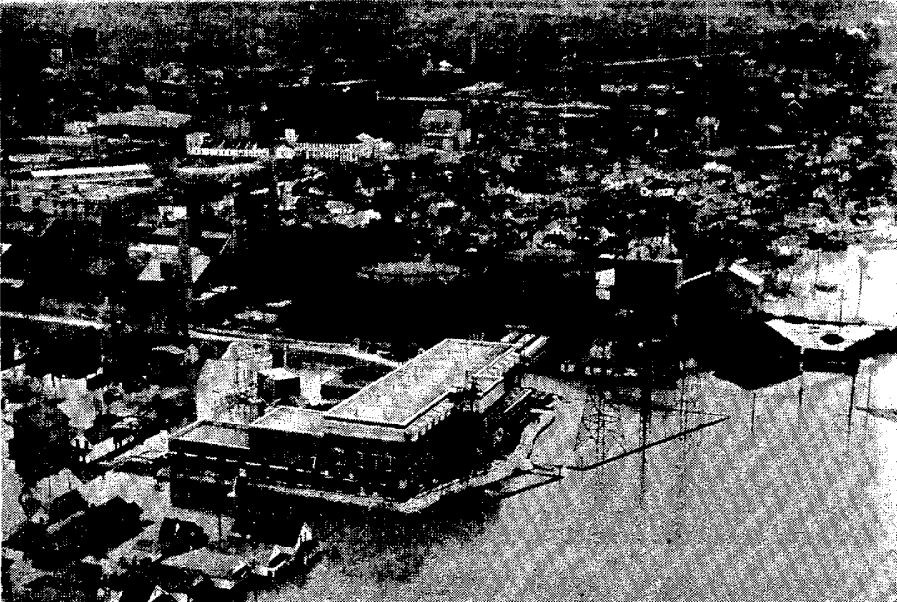 Today, the wall also serves another purpose, it keeps people out. Although unsightly, the wall surrounding Rover Station is unscalable and for good reason. The electrical equipment inside the building is out of date and extremely hazardous, with little in terms of modern safety equipment. That is in addition to the immense amount of voltage that flows through the building, which could kill anyone instantly. Even for those with extensive training and who take all the necessary precautions, it is a dangerous space to enter.

A tour of the inside of Rover Station in 2018.
Source: CBC

Rover Station also contains exposed asbestos, which was often used in insulation materials but can also be found in all variety of building materials. The building has also been rather neglected, as its fate has been looming for quite some time. Windows have been broken and it appears that they are not repaired, allowing for birds and other animals to enter the building when seeking shelter. Many wild animals can be hosts to diseases that are hazardous to humans, and these can be transmitted in a variety of ways including fecal droppings which the CBC reported as being present at the site. 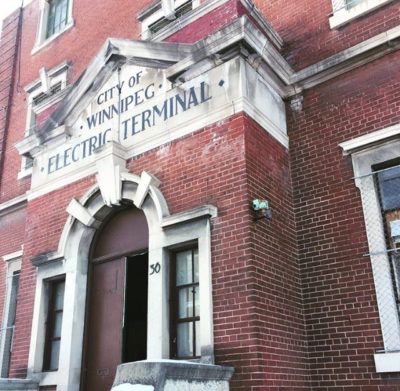 Today Rover Station still serves the same purpose as it did when it was built in 1911. It currently feeds an unknown number of substations. If one was to guess, it would be assumed that it feeds more than the original three stations as Winnipeg has expanded greatly since 1911 and the use of electricity is much more prevalent.  There are also more electrical terminals, although Rover Station may be the only one actually within the city. There are currently at least two electrical terminals just outside of the City of Winnipeg. Exact information on Manitoba Hydro infrastructure in Winnipeg is hard to come by.

Winnipeg has 97 sub-stations today, most are traditional sub-stations but some are a newer technology. These are called distribution supply centres (DSC), which, according to Manitoba Hydro, are smaller more compact substations. Out of the 97 stations, eight of them are over sixty years old, and eight are unknown. The oldest substation built on King Street in 1909 appears to have been decommissioned and replaced with a brand new one on Adelaide Street, the former location of the Victoria Theatre.

Currently, the 109-year old Rover Station is still in use but for how much longer is unknown. It is not a question of whether it will be demolished but when with its fate most certainly sealed. It is estimated to cost $12.7 million to decommission Rover Station, which includes building a new station to replace Rover. According to CBC, the plan was to decommission Rover Station in 2020 but the global pandemic may have pushed it to a later year. It is a sad ending to the dignified old building that has kept the lights on in Winnipeg homes for over a century. When the lights at Rover Station go out one last time, another piece of Winnipeg’s rich history will be forever plunged into darkness.

"A History of Electric Power in Manitoba" | Manitoba Hydro

"How We're Upgrading our System in Downtown Winnipeg" | Manitoba Hydro 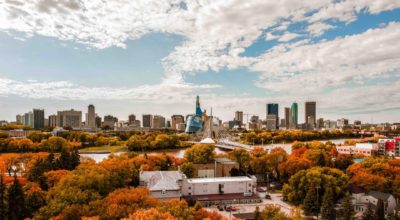 Everyone can agree that 2020 has been quite a year and we still have a couple months to go. But despite all the things that may be going wrong in the world, Heritage Winnipeg has a lot to be thankful for. As we paused from our busy lives to celebrate Thanksgiving in a safe and…

Heritage belongs to everyone. It roots us in the past, and guides us into the future. It builds bridges and reminds us we belong, uniting us as a community. It pulls on our heartstrings and it gives us hope, all while enriching our day to day lives. It is artifacts and art, stories and songs,… 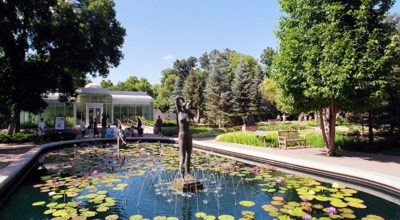 The Leo Mol Sculpture Garden is a quiet place to relax, to enjoy nature and to look at incredible art in the busy city of Winnipeg. Located in Assiniboine Park just a short walk from the Pavilion, it is a place of tranquility for any art and nature fan. Art is an important part of… 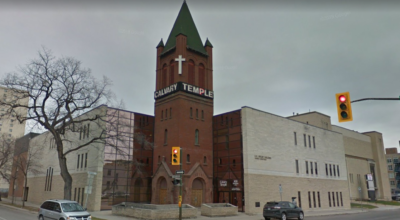 The First Baptist Church is as old as the City of Winnipeg itself, being founded in 1873. This is not a tale of that church, but that of the magnificent tower that stands tall on the corner of Cumberland Avenue and Hargrave Street. To properly tell this tale, it is necessary to go back in… 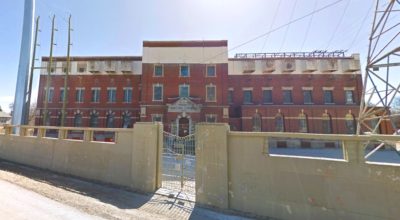 Over a century ago in 1911 when the population of Winnipeg was only 136,035, the electrical station on Rover Avenue was built. Standing tall at 199 Annabella Street (formerly Rachel Street), it is a dapper three storey red brick structure. Designed in the Edwardian style, the building faces Rover Avenue, with its original address being… 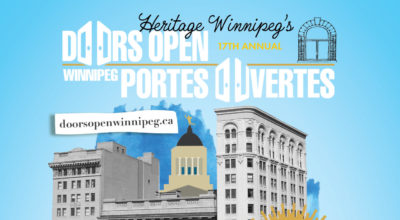 Are you ready to celebrate Winnipeg’s built heritage? Then you do not want to miss Doors Open Winnipeg 2020, a FREE public event during the weekend of September 12th and 13th! Join Heritage Winnipeg in supporting the historic museums, businesses, religious institutions, arts & cultural centres, and walking tours that strive to protect, conserve, and…