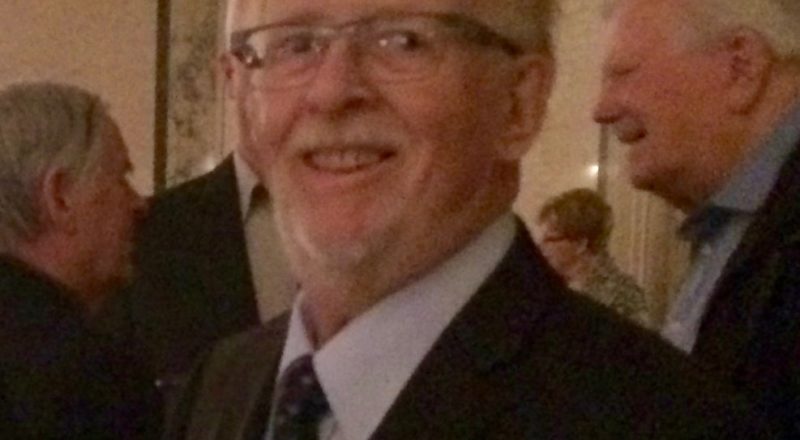 On Thursday, December 3, 2015, Heritage Winnipeg held the Millennium Legacy Fundraising Reception to honour and celebrate the contributions of David McDowell to the heritage community. A long-time volunteer and advocate, David was there when Heritage Winnipeg began, and was part of the battle to save the former Bank of Commerce at 389 Main Street. Fittingly, the building, now known as the Millennium Centre, was the venue chosen for this event.

David McDowell is a retired history and geography teacher who worked throughout Manitoba for the duration of his 37-year career. During this time he was also a Western Manitoba member of the Manitoba Historical Society and later served on the board. In the late 1970s, when demolition threatened to turn the majestic banks at 395 Main Street and 389 Main Street into a parking lot, David was President of the Manitoba Historical Society and one of the advocates at the fore of the protests. This heritage movement lead to the formation of Heritage Winnipeg in 1978.

David McDowell was also on the Executive that saw Dalnavert Museum at 61 Carlton Street restored and opened, later serving on the Management committee as well. He served as Heritage Winnipeg’s President for two terms and was also Manitoba Governor of the Heritage Canada Foundation from 1997 to 2003. David is currently an avid member of Heritage Winnipeg’s Streetcar 356 Committee, working towards the restoration of one of Winnipeg’s last remaining wooden streetcars.

In recognition for his contributions to the heritage community, David McDowell was honoured with a Distinguished Service award from Heritage Winnipeg, as well as the Canada 125 Anniversary medal. He has also received the John Wested Award for service to geography, awarded by the Prairie Division of the Canadian Association of Geographers.

Thank you to all our event sponsors! 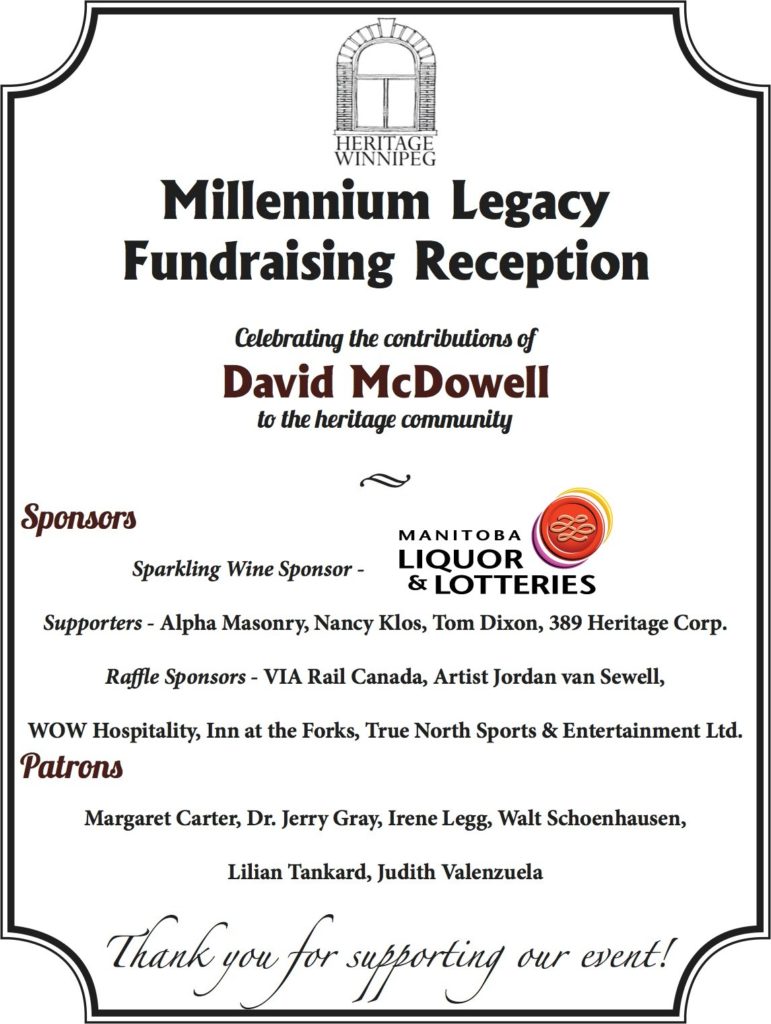 Written by Laura McKay, on behalf of Heritage Winnipeg.