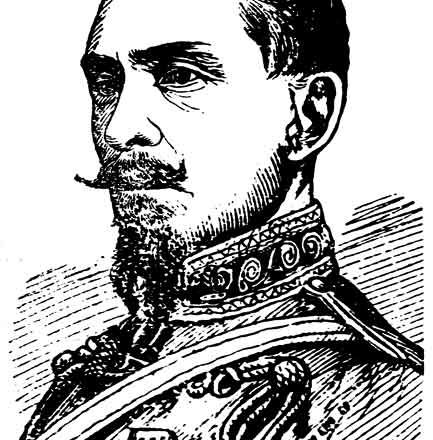 The Manitoba Club: An Historic Landmark in Winnipeg

On July 16, 1874, just one year after
Winnipeg had been incorporated as a city, ten men met at the St. James
Restaurant. Andrew Graham Ballenden Bannatyne was a successful merchant who unreservedly
engaged in public life. Joseph-Alfred-Norbert Provencher was a former
journalist who was appointed commissioner for the federal Department of Indian
Affairs in Manitoba. Gilbert McMicken was a government employee and police
commissioner who had played an integral role in the incorporation of Winnipeg. William
Osborne Smith was a solider that commanded Fort Osborne in Winnipeg. W. Gouin
was the collector on Inland Revenue in Winnipeg. Charles William Radiger was
another solider and also one of the owners of Winnipeg’s first liquor store. Joseph
Royal was a journalist, lawyer and politician, elected to the first Legislature
of Manitoba in 1870. Henry Thomson Champion was a solider and banker. W. B.
Taylor and Major Taschereau seem to have been lost in history. Together these
ten men, several who would become outstanding leaders of in the community,
formed the Manitoba Club.
The Manitoba Club was a private social club for
gentlemen, the first of it kind in western Canada. Smith was elected as
president while various other prominent citizens were selected for a total of
25 members. The club rented the Red River Hall in the McDermot Block to serve
as their clubhouse, located on the corner of Main Street and Lombard Avenue.
The space was furnished with a rented billiard table, sofas, chairs, desks,
glassware and crockery, ready for gentlemen to socialize and entertain.
Unfortunately, the Club’s first location
was short lived. On January 11, 1875, a fire started at the McDermot Block. An
historic building, the wood was extremely dry and prime for combustion. Although
the city had a newly acquired steam fire engine, the fire fighters arrived too
late and the entire building was lost. The Club lost $1000.00 worth of
furniture in the fire and had no insurance to cover their losses. Undeterred,
the Club relocated to a rented house on the east side of Main Street less than
three weeks later. New furniture was purchased, a new billiard table rented and
this time, insurance coverage was acquired.

As the years passed, the city grew and the
Club flourished. The membership was growing and the rented house was quickly becoming
too small. Foreseeing the need for a larger clubhouse in the near future, the
Club purchased land on the west side of Garry Street, about half way between
Portage Avenue and Graham Avenue, in 1879. Plans were drawn up and $12,000 was
allocated for the construction of a new clubhouse. After spending about 50%
more than anticipated due to unexpected cost overruns, the new clubhouse opened
in the fall of 1881, welcoming 150 members.
The real estate boom in Winnipeg, fueled by
the arrival of the Canadian Pacific Railway in 1881, drew investors from around
the world, with fortunes being made overnight. This was much to the benefit of
the Manitoba Club, with the new found riches of enterprising men funding its
success. This moment of glory was short lived for both the city and the Club,
with the boom going bust by the summer of 1882. At the Manitoba Club, dues went
uncollected, bills were unpaid, the clubhouse was allowed to fall into disrepair
and by 1887 members were seriously considering closing the Club.
It was 15 years of hard times for the
Manitoba Club, taking on more debt and getting by with just the bare
necessities. By the start of the 20th century, it would seem that
things were looking up for the Club, once again mirroring the fate of the city.
The Club membership overflowed with leaders of the Winnipeg business community
so much so that by 1902 more space was desperately needed. After some debate,
it was decided that instead of expanding the current clubhouse, a new clubhouse
would be built. Three lots on Broadway, 306, 307 and 308, between Fort
Street and Main Street, were purchased for $8,000 from the Hudson’s Bay
Company. Broadway was a broad, tree lined street that ran through the
heart of the Hudson’s Bay Reserve, and exclusive enclave were many of
Winnipeg’s elite had built their lavish homes in the 1880s.
S. Frank Peters, an architect with a civil
engineering degree from Toronto University, was hired to design the new
clubhouse. An advocate for a distinctive Canadian style, Peters envisioned a
three and a half story dark brick building on a stone foundation in the
Neo-Classical style. The building cost $90,000.00 to build. The front façade,
facing north, featured a symmetrical design with fluted stone columns supporting
an entablature and deck, creating a grand portico entrance, rectangular windows
highlighted with stone keystone and sills, dentil cornicing, carved stone
panels and hipped gable dormers. The decorative elements continue around the
other three facades of the building with the main deviation seem on the west
façade, where the hipped gable dormers were replaced with eyebrow formers.
Construction of the new clubhouse started
in 1904, with the building at 194 Broadway officially opening on October
11, 1905. The interior featured a basement for food storage, refrigeration, the
furnace, washrooms and staff work space. The first floor had smoking rooms,
dining rooms, private parlors and a writing room. The second floor had a
large dining room and the library. At the top of the building of the third
floor, there were bedrooms and facilities for the servants. Upon entering the
building through the front doors, one was greeted by the Grand Staircase,
designed specifically by the architect to showcase the Jubilee Window. The
window, commissioned by the Club in 1897, celebrated Queen Victoria’s Diamond
Jubilee and was originally installed in the Garry Street clubhouse. The design
included maple leafs, roses, thistles, shamrocks and fleur-de-lis as symbols of
the members homelands and a Club crest with a bison head, sketched by member F.
Phillips.
In 1910, a sunroom also designed by Peters,
was added to the west side of the building. Architect John D. Atchison stepped
in in 1913, designing an addition on the east side of the building making use
of the same style and materials as Peters. It included a billiards room on the
first floor, card rooms on the second floor and on the third floor, additional
bedrooms and a manager’s suite. In 1930 an addition was added the back of the
building, with a further addition of a staircase added beside the 1930 addition
in 2007. The interior of the building has undergone extensive renovations
throughout its history, modernizing the facilities while maintaining high
quality finishes and historic character. Aside from the additions, the exterior
of the building has remained relatively untouched throughout its 114 year
history.
In February of 2018, the City of Winnipeg
heritage planners recommended placing the Manitoba Club at 194 Broadway on the List of Historical Resources. This designation is to specifically
protect all of the buildings facades along with any original features still in
the interior. It would also protect the building from demolition. Unfortunately,
the Manitoba Club has asked that the building not become designated, as it
is not owned by the public. Winnipeg’s built heritage is a repository of
history, culture gems and architectural marvels that create a sense of place
and opportunities for future development. To leave all privately owned built
heritage unprotected is selfish and irresponsible, risking irreplaceable
artifacts for petty and shortsighted reasons. Heritage Winnipeg strongly
supports the designation of this significant building, as heritage is a community asset for all.

Blog by Cheryl Mann, on behalf of Heritage Winnipeg