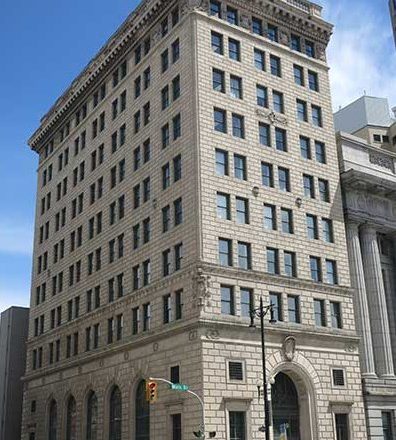 The Bank of Hamilton

The Bank of Hamilton was established in Hamilton, Ontario in 1872. The first branch opened in Winnipeg in 1896. In 1897, plans were already underway for a move to a more prominent location. The building and lot on the south-east corner of Main and McDermot, 395 Main Street, was purchased for $30,000 and extensive alterations and an addition were completed before the bank moved in in 1898. In 1979 it was one of the first building in Winnipeg to receive a heritage designation, along with the Bank of Commerce.

In 1915, it was discovered that the construction of the new Bank of Commerce building next door (389 Main Street) had caused serious settlement problems for the older structure. It was decided that it would be better to demolish and rebuild a new Bank of Hamilton, rather than repair the damage.

Architect John D. Atchison was commissioned to design the building, working in association with H.C. Ingalls and F.B. Hoffman Jr.. Atchison was a Chicago-style architect responsible for the designs of nearly 100 Winnipeg buildings.

Construction of the new Bank of Hamilton began in July of 1916 but it would not be completed until 1918, due to material shortages caused by World War I. The total cost of construction was $400,000. By comparison, the Bank of Commerce next door cost $750,000 to build. The only “skyscraper” on Banker’s Row, the Bank of Hamilton building was designed to hold its beside the magnificent Bank of Commerce next door.

Description of the Building

The building at 395 Main Street was made up of a steel skeleton that rested on concrete foundations; these were sunk 60 feet to the bedrock. The outer walls were brick covered with a simple, elegant limestone facade, while hollow tile was used for the interior. A massive archway over the main entrance displayed a magnificent bronze grill with the Bank of Hamilton emblem in the centre.

The building’s foyer was lined in Botticiano marble with a ceiling of antique gold. The banking hall was accented with warm-hued marble, dark woods, bronze screens, and a beamed ceiling accented in gold leaf. The former bank manager’s office was on the main floor, and both it and the second-floor boardroom were finished in fine woods. The upper seven stories of the bank were designed as general office space.

The newly-constructed bank featured some of the latest technological advances in communication. An internal system of communication tubes alongside a full telephone system allowed messages to be conveyed instantly. Time locks and a burglar system on the vaults were the latest in security. The main vault doors were equipped with chronometer time locks and despite their immense weight, were precision-balanced. Heating, lighting, and ventilation systems were also installed with the most up-to-date technology.

Amalgamation with the Bank of Commerce

Changes in the distribution of wealth after WWI, as well as a recession, changed the roll of the Bank of Hamilton in Winnipeg. In the early 1920s, negotiations began to amalgamate with the Winnipeg branch of the Canadian Bank of Commerce. The merger went into effect on December 31, 1923 under the name of the Bank of Commerce. A reduced volume of business, shrinking profits, and insupportable overhead were cited as the reasons for the merger. 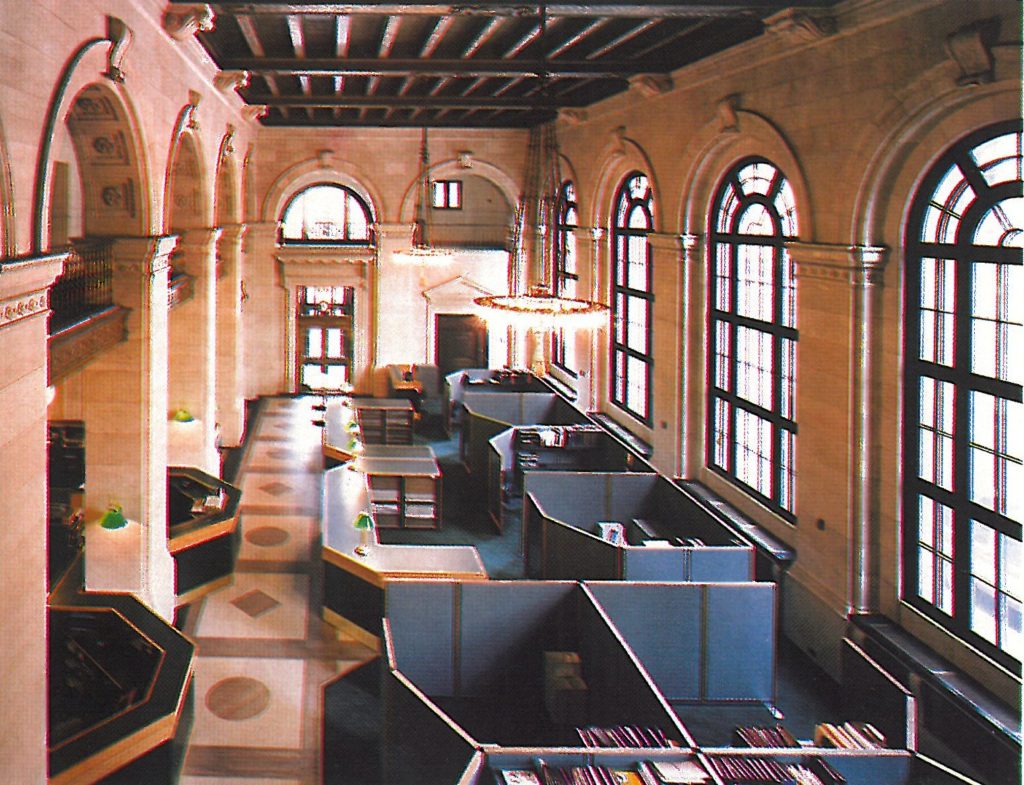 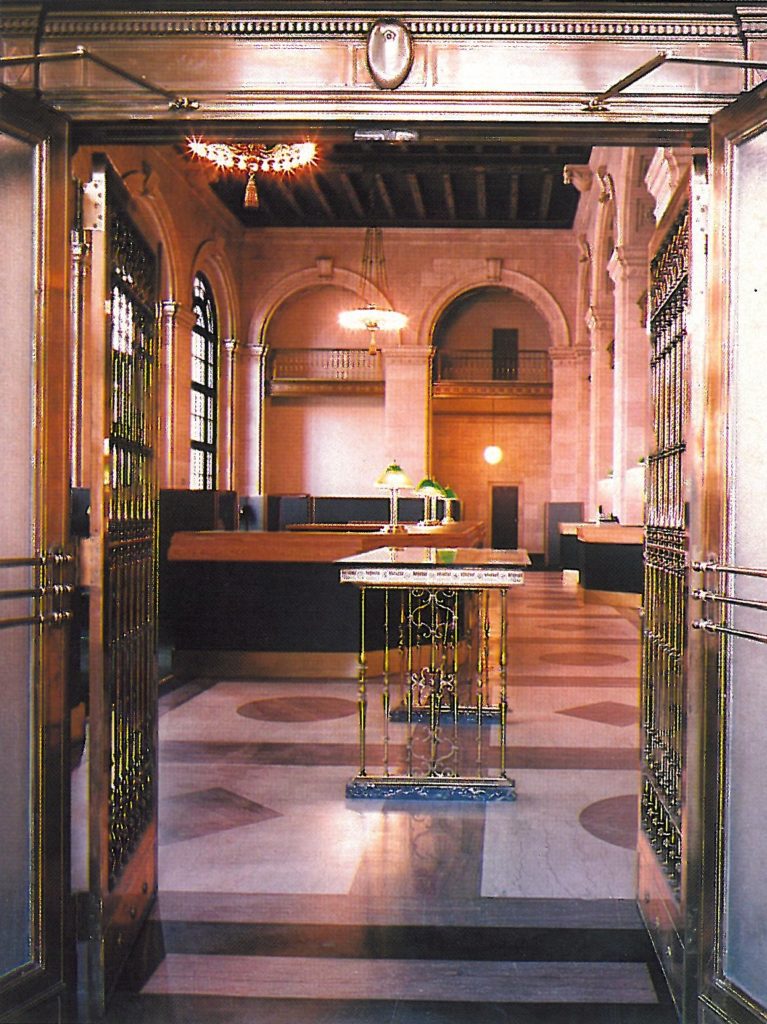 The principal tenant of the upper floors of the Bank of Hamilton was the United Grain Growers who rented large amounts of space until 1979. United Grain Growers was the first grain marketing organization of Canadian farmers that was larger than a local co-operative elevator company. In 1979, the UGG moved to their own building at Main Street and Bannatyne Avenue, leaving the Bank of Hamilton vacant. Another tenant, Pitblado, Hoskins, et al, was one of the city’s foremost legal firms and occupied the ninth floor from construction until the late 1960s.

Along with 389 Main Street, 395 Main Street was threatened with demolition when the Bank of Commerce moved out. The ensuing protests and public outcry resulted in the formation of Heritage Winnipeg, as well as successfully saving the buildings from being demolished to create another surface parking lot.

From 1981 to 1982, architect Robert Gregoire of the Prairie Partnership supervised the restoration of the banking hall of 395 Main Street. The marble and gold leaf were cleaned, the original spaces were restored and the woodwork returned to its original finish. The upper storey offices were also renovated to meet modern standards.

In 1982, the City of Winnipeg’s Department of Environmental Planning moved in to occupy the entire structure. The building is now also used by the Recreation Services Division of the Community Services Department.

Article by Laura McKay, on behalf of Heritage Winnipeg.

One response to “The Bank of Hamilton”