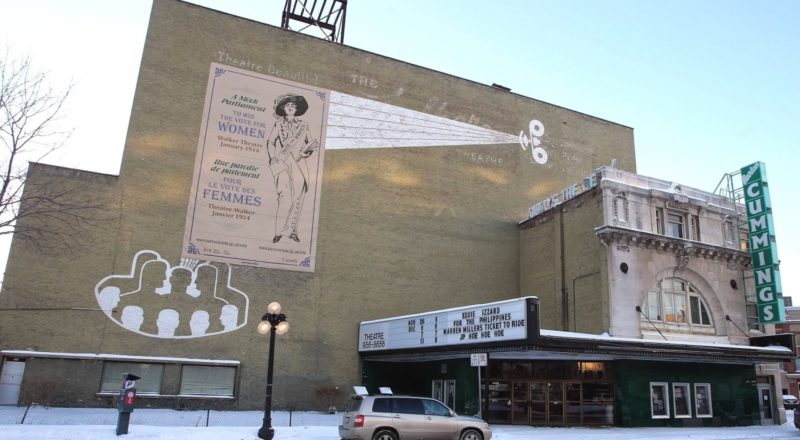 A Brief History of the Walker Theatre

Long before the Burton Cummings Theatre was renamed after the lead singer of the Guess Who, it was called the Walker Theatre, named for Corliss Powers Walker, the man who brought entertainment to Winnipeg.

Walker was born in Vermont. His family moved from Minnesota when he was young. As an adult, he ran a printing business in North Dakota with his brother, and was the business’s manager. In the 1890s, Walker became interested in an industry a world away from printing: theatre management. He became the manager of the Fargo Opera House, and acquired other theatres in North Dakota and Minnesota.

The first Canadian theatre Walker purchased was the Bijou Theatre in Winnipeg, which had previously been Victoria Hall. It stood at 34 Adelaide Street, at the intersection with Notre Dame Avenue. He renamed it the Winnipeg Theatre, and he moved to Winnipeg to manage it himself in 1897. The Winnipeg Theatre became the flagship theatre for Walker’s network of theatres, called the Red River Valley circuit of theatres. He booked live theatre acts from New York to perform, and his Red River Theatre Circuit soon had a monopoly on touring shows and stars. Because of the way Walker set up his system, Winnipeg was able to get shows that would have never come to such a small, Canadian market.

The Fire that Changed the Theatre Business

In Chicago in 1903, the Iroquois Theater fire took place. To this day, the Iroquois Theater fire remains the deadliest single-building fire ever in United States history. At least 602 people died, but authorities suspect there were actually more deaths. 575 people died during the fire, and at least 30 more died from injuries in the days that followed. The theatre was packed with men, women, and children of all ages on the night of the fire.

The Walker Theatre was intended as the first stage of a larger complex that was never completed. Originally there was going to be commercial space and a hotel attached to the theatre. The exterior walls were left bare because there were going to be other buildings right up against them. But the other parts of the complex were never constructed.

Live entertainment became less popular over time as movies became the new, more popular entertainment trend. So naturally, the American entertainment industry began investing in movies and there then there were fewer and fewer live acts to book. At first Walker began booking more British groups to come and perform, but those too in time, dried up. After the great depression hit, Walker closed the theatre and retired in 1933. He was 80-years-old. In 1936, the City of Winnipeg seized the building for unpaid taxes.

The Walker Theatre sat empty for close to a decade after being seized by the city. In 1944, Henry Morton bought the theatre from the city. He re-opened the building as The Odeon Cinema. A false roof was installed, covering the upper balconies. When the Odeon Theatre opened, it was one of the most popular and successful movie theatres in the city at the time. The facility remained as the Odeon Cinema for close to 50 years, until it eventually closed down. The Odeon Cinema logos and artwork can still be seen on the side of the building today.

In 1991, the City of Winnipeg gave the theatre heritage designation, and the Government of Canada recognized the theatre as a national historic site.

In August of 2002, the Walker Theatre was renamed after Winnipeg musician Burton Cummings of the band the Guess Who. Its official name become the Burton Cummings Theatre for the Performing Arts.

In 2009 the theatre received a 3.4-million dollar grant to continue repairs and refurbishing of the building.

In 2016, Vice President of True North, Kevin Donnelly, told the CBC that they had replaced about 200 seats, and they have re-upholstered and re-cushioned 100 more.

The Walker Theatre has been around for 100 years of Winnipeg history which you can learn about during Doors Open Winnipeg. Hopefully with its new ownership and restorations, it will be around for the rest of the city’s future!


Written by Laura Wiens and edited by Cheryl Mann, on behalf of Heritage Winnipeg.